In this interview, Nexoya’s Co-founder and CEO, Marco Hochstrasser, shares his experiences in founding Nexoya and offers advice on the biggest risks as an entrepreneur in a flourishing startup industry. Nexoya helps marketing experts to smartly allocate budget across their marketing campaigns with the help of artificial intelligence. By using data from various marketing tools, a marketing expert gets predictions of the future outcome of his campaign and can automate the budget management across channels and campaigns. Customers can estimate the success of their campaigns, identify anomalies, and help increase conversions by up to 30% with the use of Nexoya’s AI technology.

If you could explain your startup to someone who isn’t familiar with Nexoya, what would you say?

Marketeers usually uses five or more digital advertising channels today, making it super hard to decide which campaign in what channel works and has the most potential as there are millions of data points to consider. At Nexoya, we help marketing experts to automatically put the money at the right time in the right channel with the help of artificial intelligence. We predict the future outcome of marketing campaigns and automatically re-allocate money. This gives up to 30% better results and at the same time, allows marketeers to focus on more strategic aspects of their campaigns and leave the hard work to the machine.

How did the idea to do predictive analysis for marketeers come about?

We started in 2018 here at Bluelion. It was at that time that we realized how powerful machine learning can become to drive data-driven decisions in the near future.

Initially, we were agnostic to the problem area – HR was the first field we examined. This was due to the fact, that we had previous experience in that area and a significant network. After about two-three months, we realized that HR wasn’t the ideal field to apply predictive & prescriptive analytics since people didn’t struggle with it. By accident, we discovered the marketing space – due to the enormous amounts of data in marketing, we observed that the pain was much more acute, and we pivoted. The change was more conceptual in nature, we weren’t in implementation yet – but the data and the problem moved us into marketing at the end.

What are your thoughts on opportunity costs? Did these affect your thought process when starting your company?

It was clear to my co-founder, Manuel Dietrich, and I when we started, that you need to live from ramen noodles for sixteen to eighteen months when starting a startup. Meaning, for the first 1-2 years you won’t have many earnings and after that, you can maybe start paying yourself something. This however doesn’t mean that the opportunity costs are covered by then. Coming from the corporate world where we both had management positions and decent payouts, it was a big adjustment to find your own startup, where you live almost hand-to-mouth directly. Hereby, clearly, opportunity costs play a significant role. And, the possibility of failure is significant.

According to statistics, 4% of all founded SaaS startups actually reach 1 Million ARR (annual recurring revenue). Meaning the chances of success are super low. Therefore, if you would take your opportunity costs in account and calculate wisely, you would never take the risk and start a startup. As far as the rewarding side is concerned, I think starting a business provides 10+ years of experience for every two years you work on it. You learn so much about the ecosystem and yourself which compensates for your opportunity cost.

There are different phases when founding a startup. How do you set priorities and allocate scarce resources?

It’s really challenging at the beginning,  since it’s the most exciting time. You feel like you can create everything. A clear strategy and an ability to try and fail is extremely important. The most effective way to progress in the beginning is to allocate your time properly and follow the goals set in mind. If your initial idea fails fast – this is great, it means that your idea wasn’t on the right path and you just saved a lot of time and money. You now have the ability  to pivot, learn and profit from your previous failure. The worst outcome is if it’s not going great or not very bad – it’s in the middle and you aren’t sure if your idea is successful or not, thats the hardest.

Later on in your evolvement of the startup, you will have a clearer idea of what the problem you solve is. Right from the beginning you can change the problem you solve anytime; you can change who you sell to, which you will probably have to do a couple of times until you find your niche and place. You need to find your niche asap because it will become too expensive if you don’t. As you grow, you start with growing your team, maybe fundraising etc. Your value proposition becomes clearer. You know who your customer is, what problem needs to be solved and then you start iterating on the smaller pictures.

Many early-stage startups rate funding as the highest priority milestone on their journey. What are your thoughts about this?

In my honest opinion, early-stage fundraising is highly overrated since you should focus more on the problem and the customer rather than fundraising. A successful early-fundraising merely proves your startup, and that the problems you solve have value. It shows you can sell your company to investors – especially in the early stage. This doesn’t mean you can sell it to your future customers. You should be able to show how customers can benefit from the product and how the product is appealing to them. That should be and remain the highest priority always.

You have accomplished and managed a couple of fundraising rounds. What are important aspects to regard when launching or organising one?

The question is more about how much traction you have and what investor fits you best. Currently, the market conditions obviously also play a big role.

An investor who challenges your valuation but allows you to triple your revenue three times faster because he really cares and shares his network etc, is way more valuable for you as a founder, the company and for the team than someone who is acting as a financial investor and gives you a better valuation. You don’t get anything from it other than money. Therefore, I believe, a reliable network of investors is actually more significant in the early phases. So as an early founder, I suggest you do really diligent research on what investors fit your startup well and can support you in  your early challenges best.

How do you perceive the investment market environment during the preparations for a fundraising round?

There is a significant difference between angel investors and institutional VC’s (Venture Capitalists). When it comes to VC’s, they’re operating a fund structure and get money for this fund from LP’s (Limited partners). Their investment portfolio contains high-risk assets. In such a case, when the market is turbulent right now, you might get better interest rates if you keep your money in the bank rather than investing it into startups/VC funds. This makes it more difficult for VC’s to raise funds from the LP’s right now. Due to this, the current economic conditions in the market directly influence the high-risk capital market in which we operate – especially for series A-D investments.

From what I hear from the market, raising seed is still fairly okay because Angel investors invest now for post-recession situations in 2-5 years. In other words, they already realize that if they invest in a startup now, it will take a 1-2 years to develop the product, potentially placing them already in the post-recession phase.

What do you think are the positive and negative aspects of the Swiss Startup Ecosystem?

The Swiss Ecosystem is very interesting because it’s on one side fairly fragmented, and on the other, so small that you end up knowing a lot of people at every event. Communities, support, and help are involved around many aspects of the Swiss ecosystem – aka Startup Night Winterthur, Startup Days Bern etc. And you have additional organizations such as the SSA (Swiss Startup association) and the Swisspreneur group, both of which are driving that process forward successfully.

Negatively speaking, Switzerland has many niches but very few hubs where you have startups in the same markets. The fintech segment might have such a hub or the medical space, but for many markets there are a hand-full of startups active – which means, you need to go aboard very quickly to leverage a good network.

What are, from your perspective, some vital traits, experiences, tools or knowledge one should bring along as a starting founder?

The most important thing is, that you have the grit- and risk appetite to do it. During the last four years, I met many individuals who wanted to become a startup founder, wanted to actually proceed with their ideals but didn’t, or were on the edge of doing so but lacked the grit thereof. So to do this, I think the most important thing is to be aware that you will need risk, appetite and grit. Combine these with 18 months of runaway for yourself, and you’re ready to go. These are the most important motivational aspects. On top of that, experience is learning on the job. You have to do things you don’t think you should or would do, but learn on the way.

If you could start all over again, anything you would have done differently?

Looking back it’s always easier obviously. But; the biggest error, in my opinion was that we took some actions a little bit too slowly. One example; by the time we pivoted, we had 15 to 16 paying customers, which were fairly happy. It was a super painful experience because you still had customers paying you, but they were paying for the old service, and at the same time you were seeking out new customers for the new service. We knew that not all of them could transition, but killing them off would have removed all of our revenue as well as the burden for the other side. So today, I would be way more strict and cancel all the existing accounts directly – to avoid being stretched between the different customers.

Are there any latest news on Nexoya, you as a co-founder or your team?

Yes – we are growing fast! So if you wanna join an incredible team with ambitions to change how digital marketing works – let us know 😉

Want to become the next entrepreneur?

Get to know us!

Learn more about Bluelion and come check out our other offerings 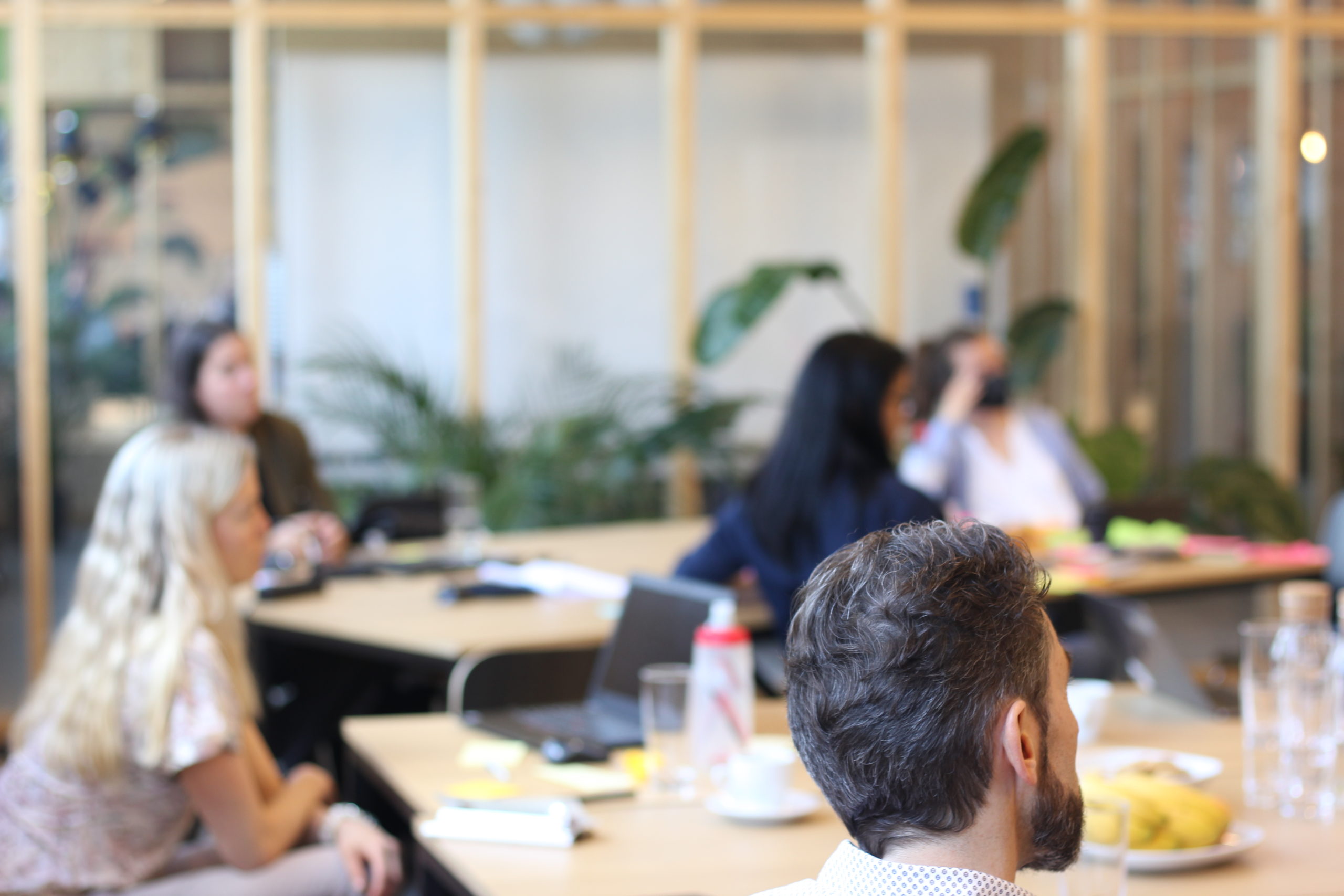 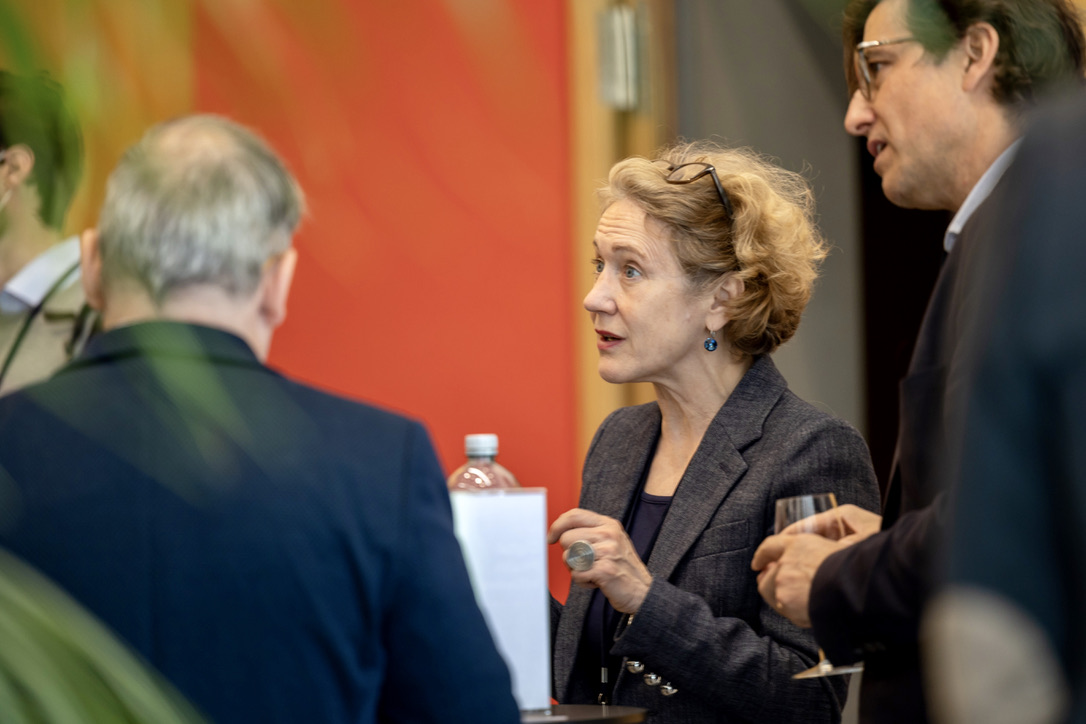 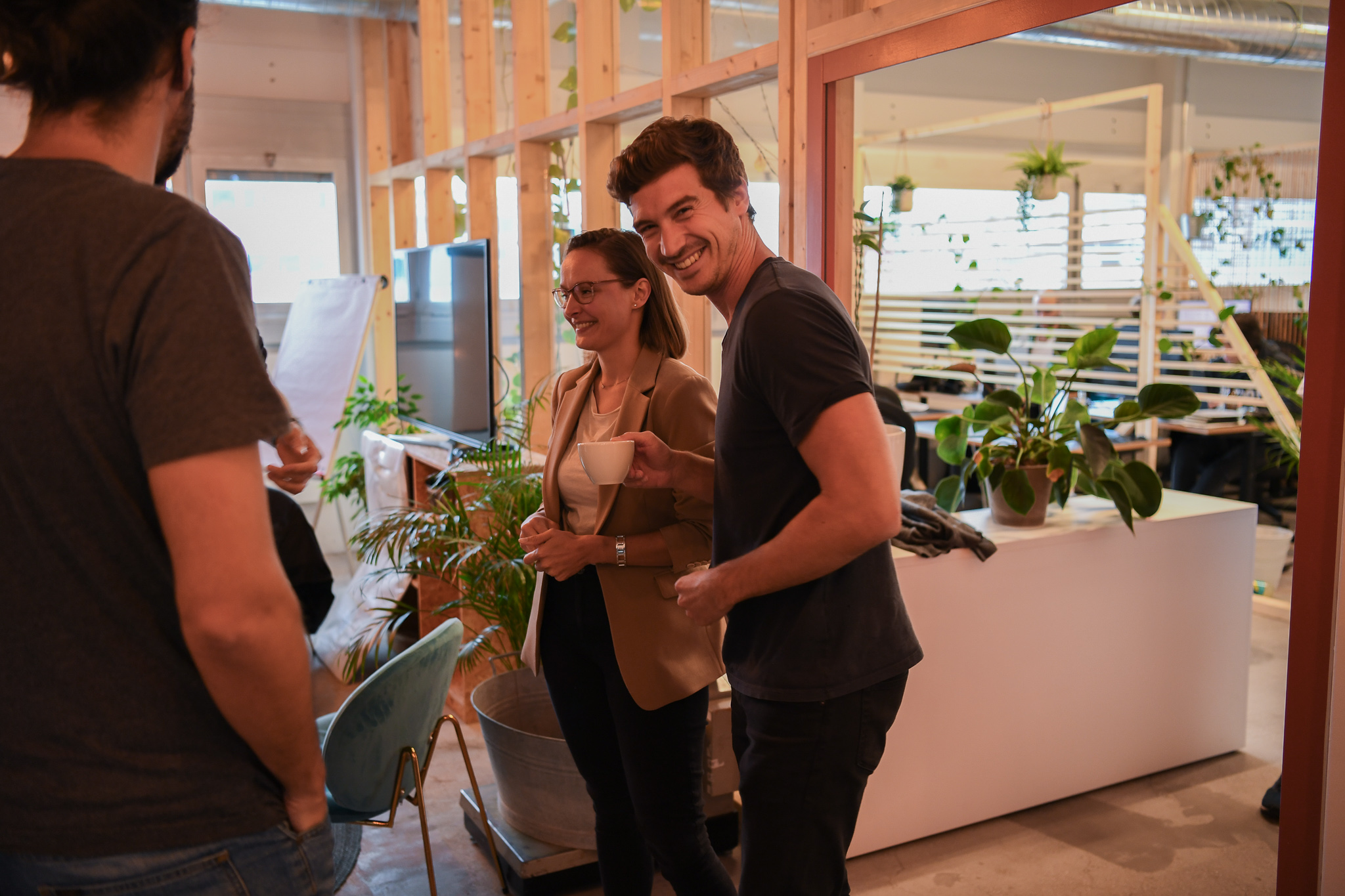 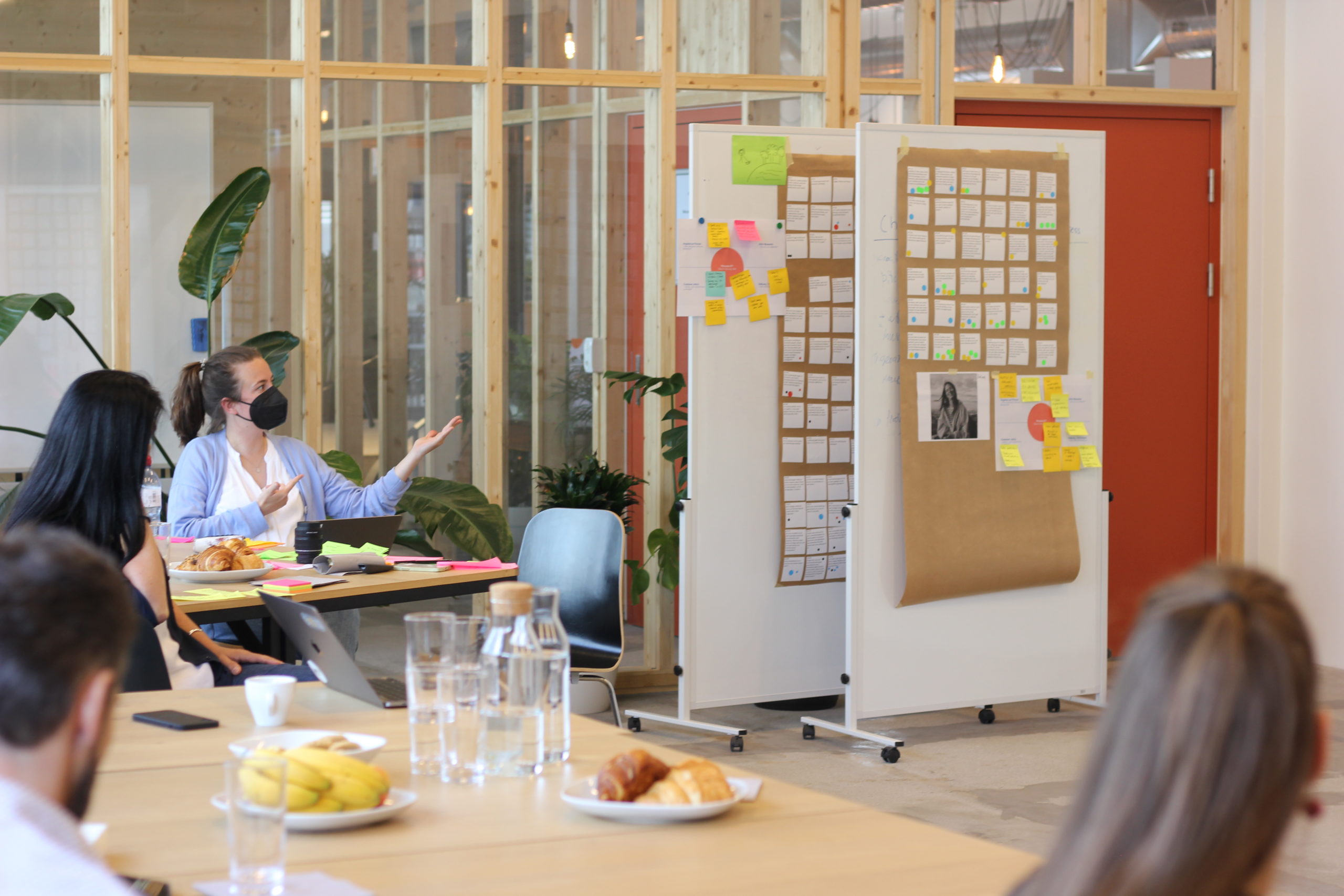 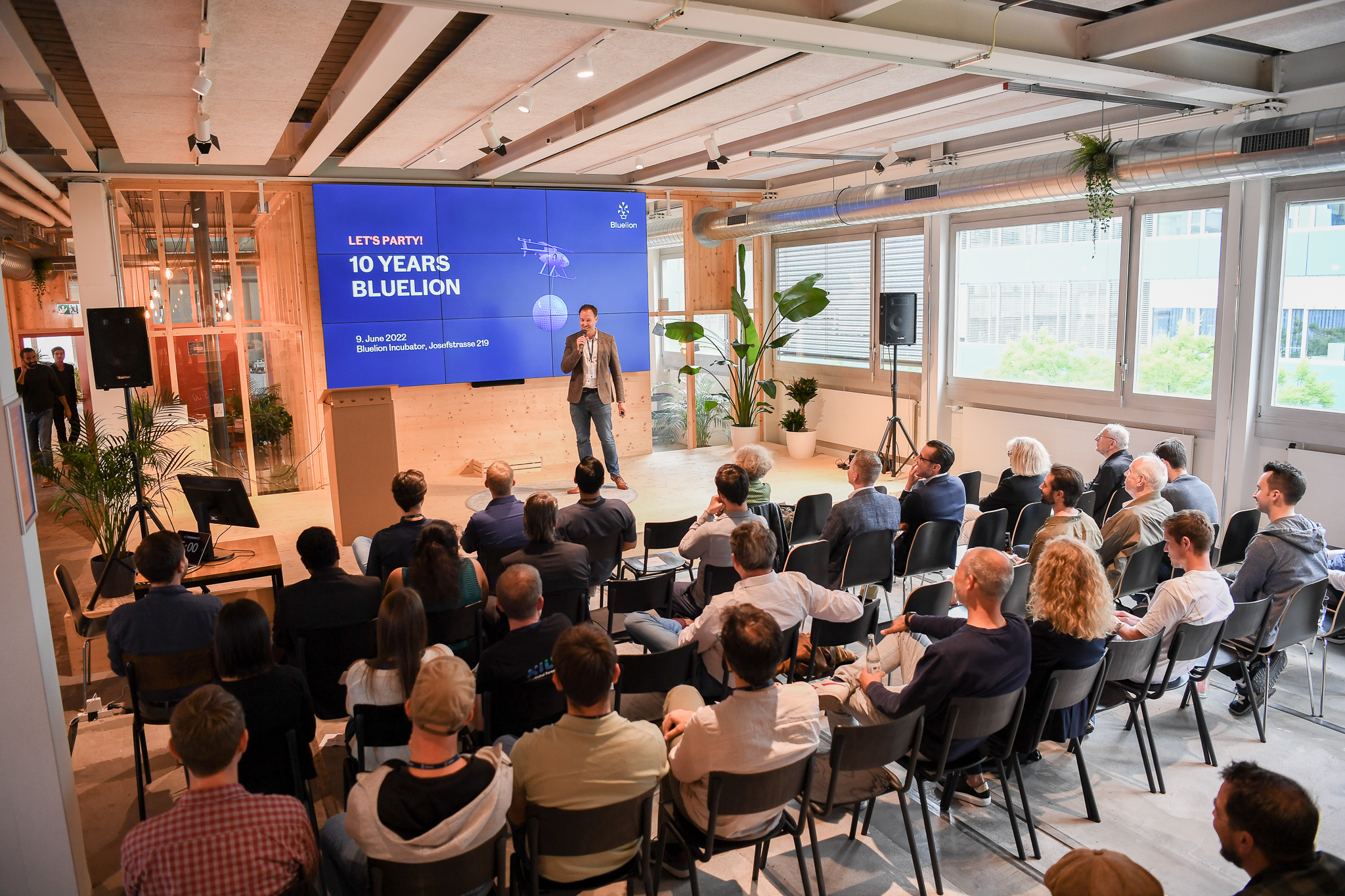 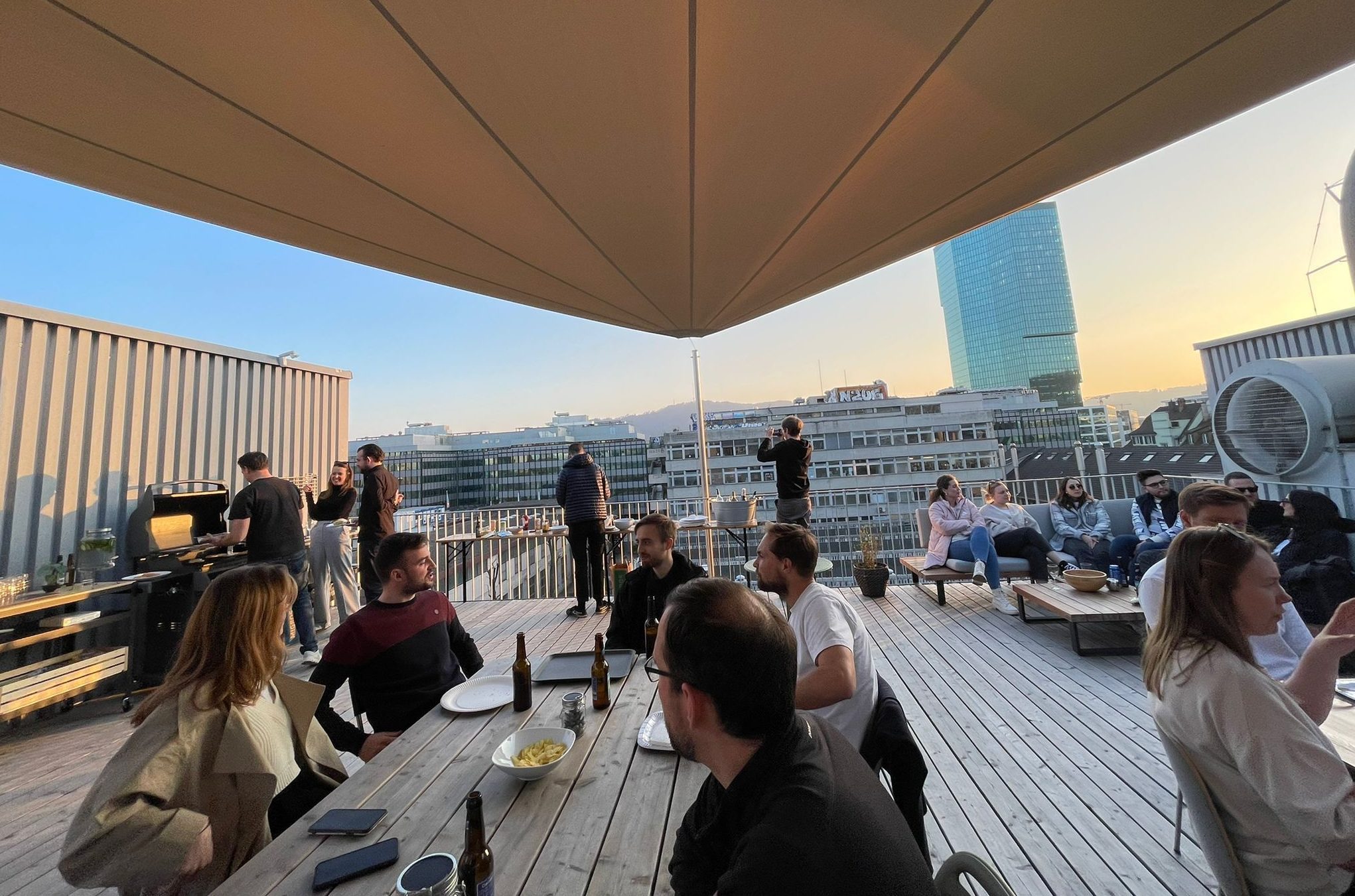 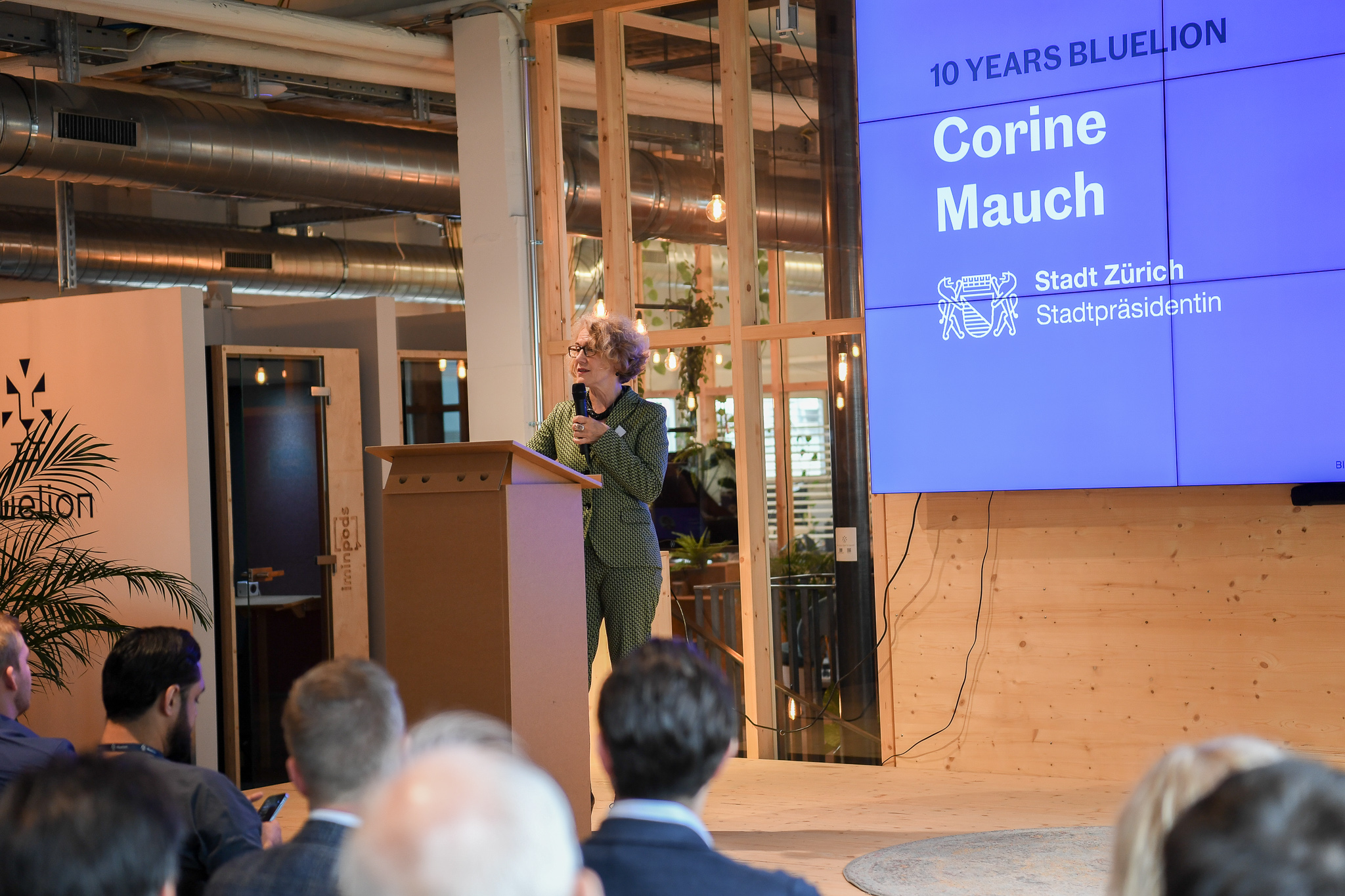 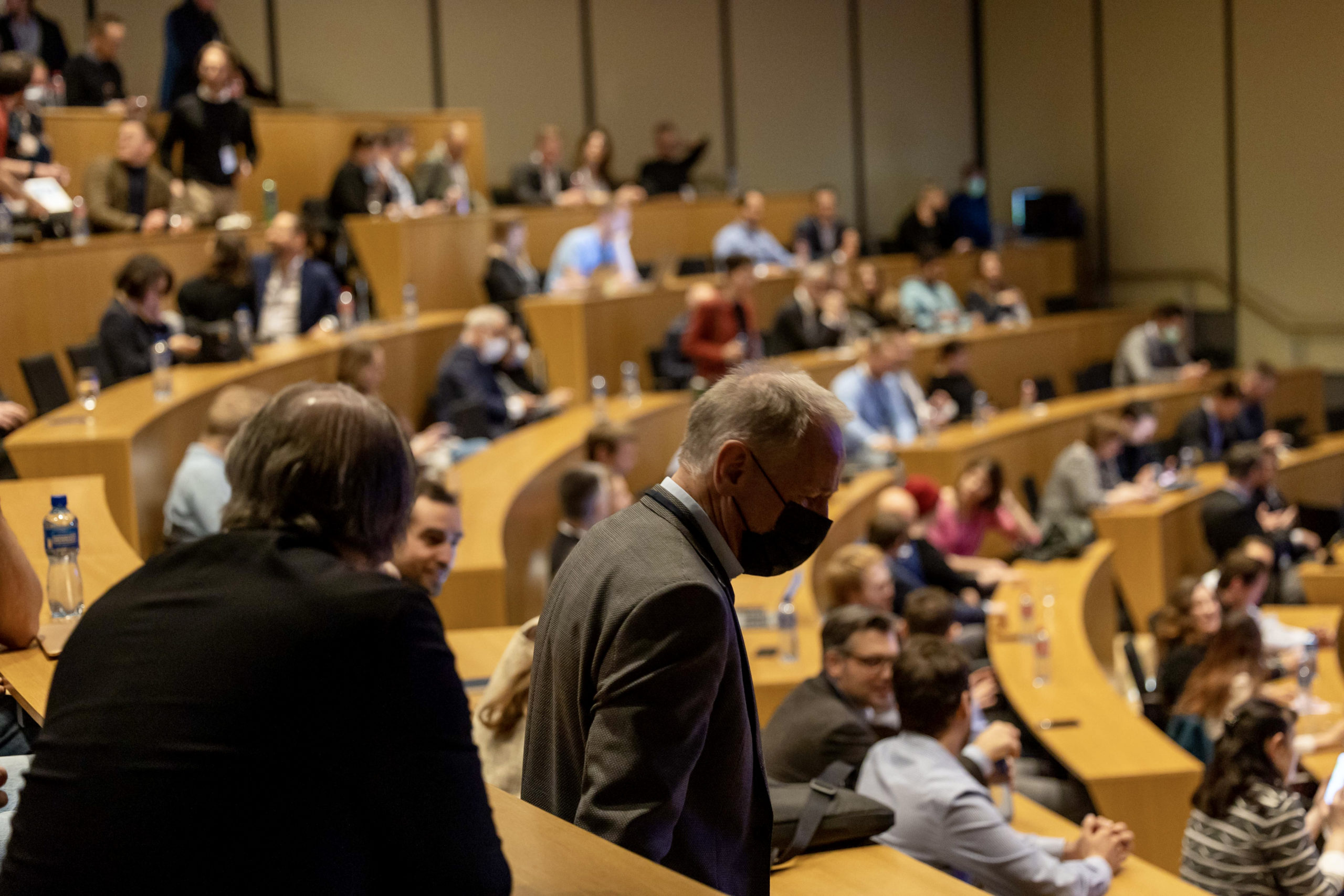 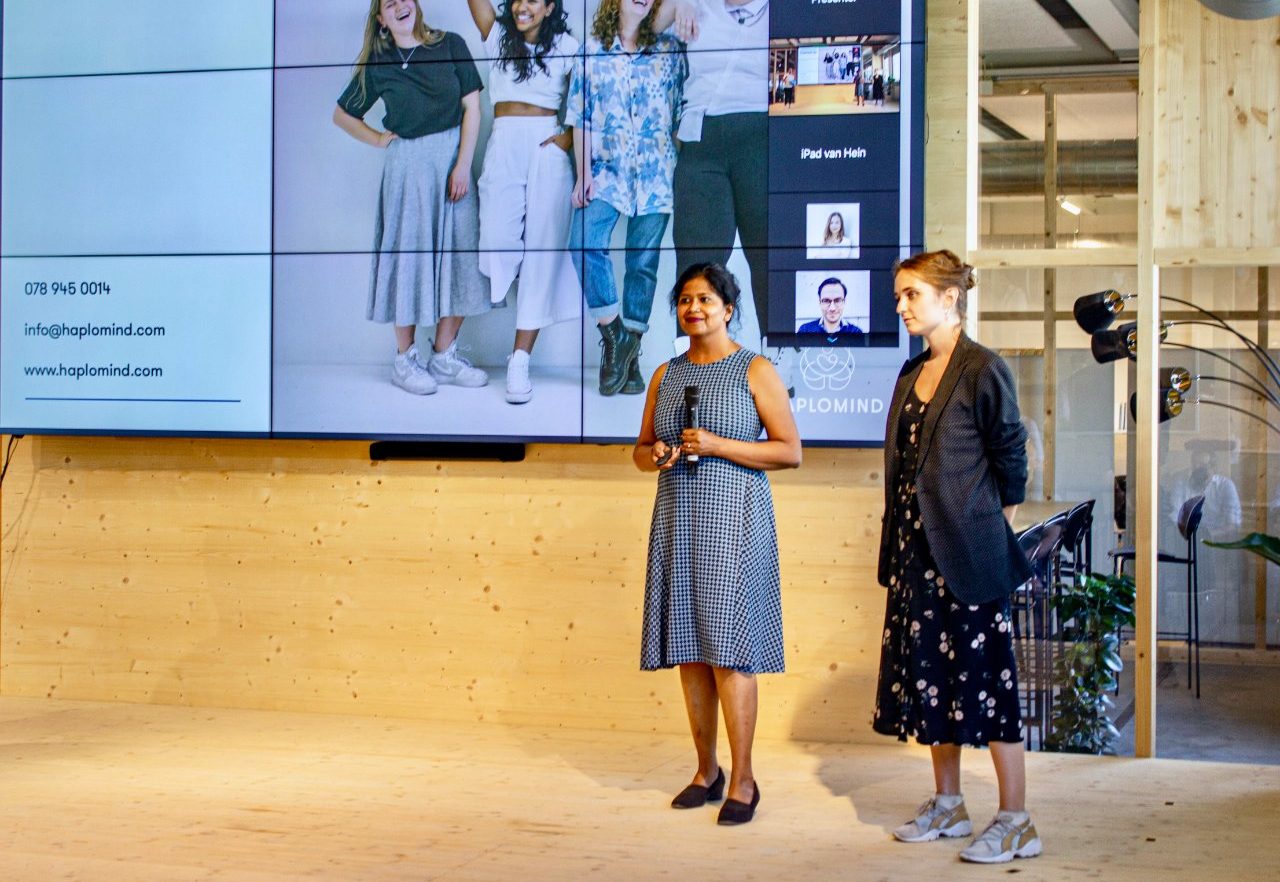 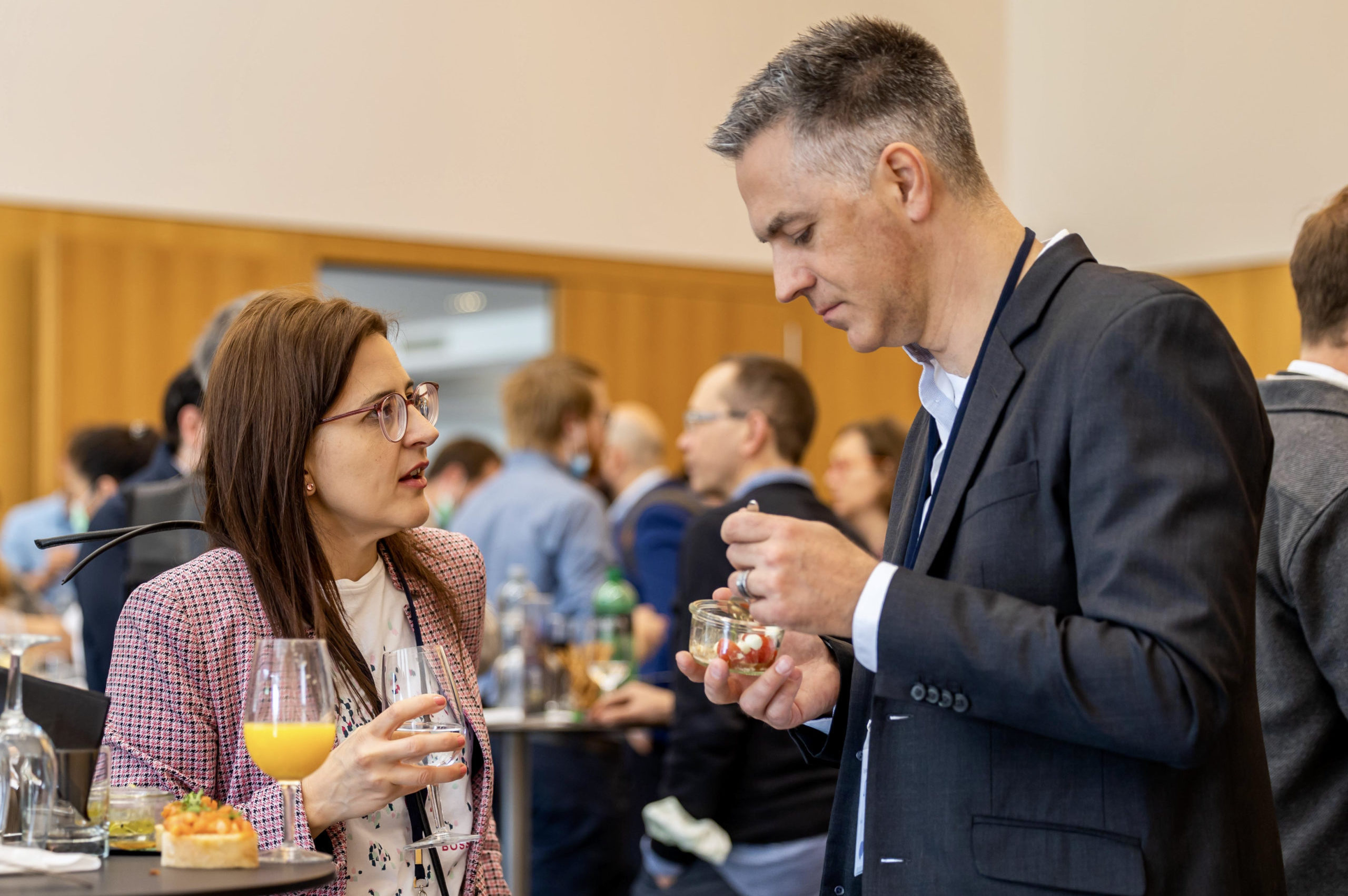 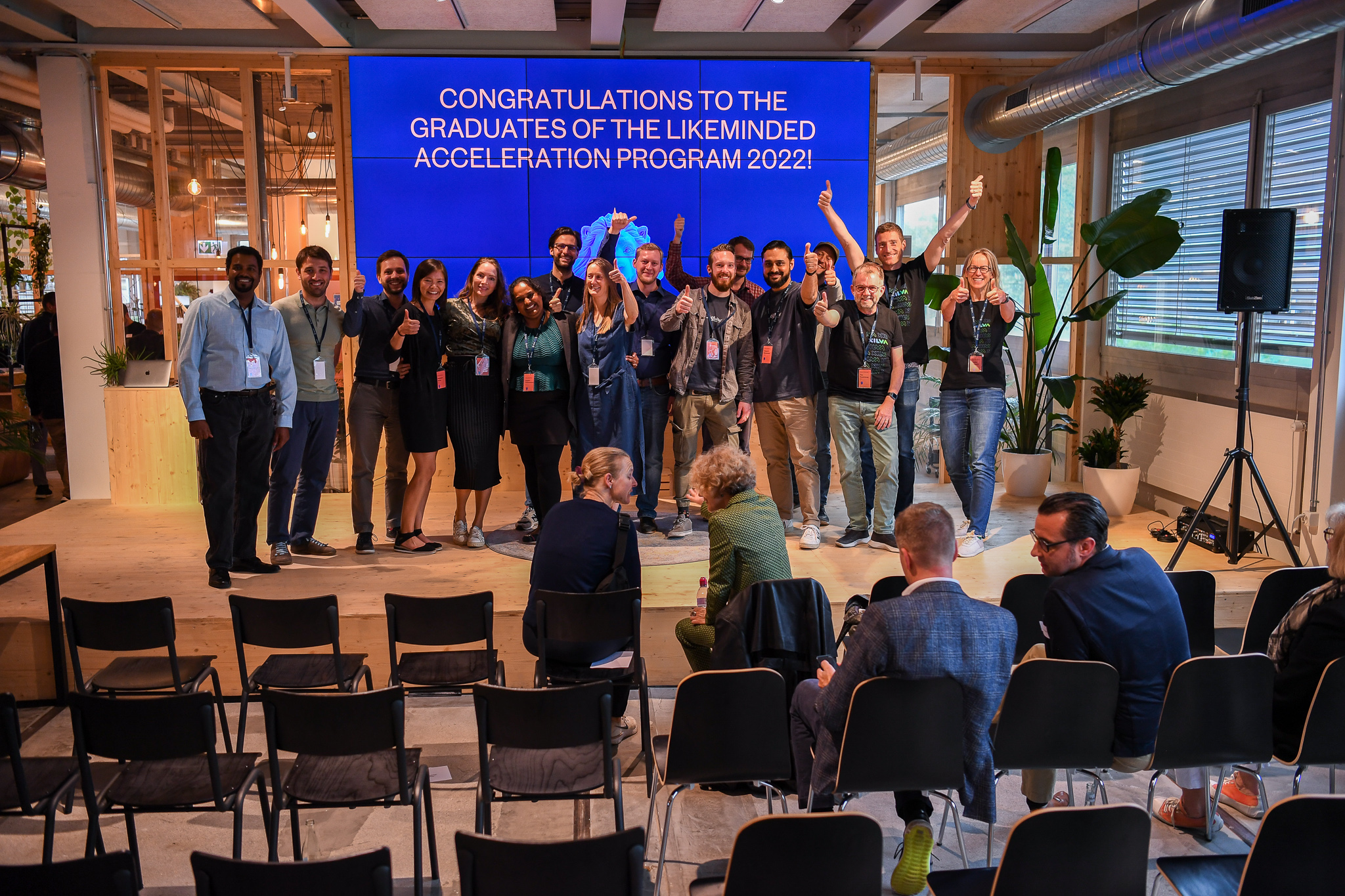 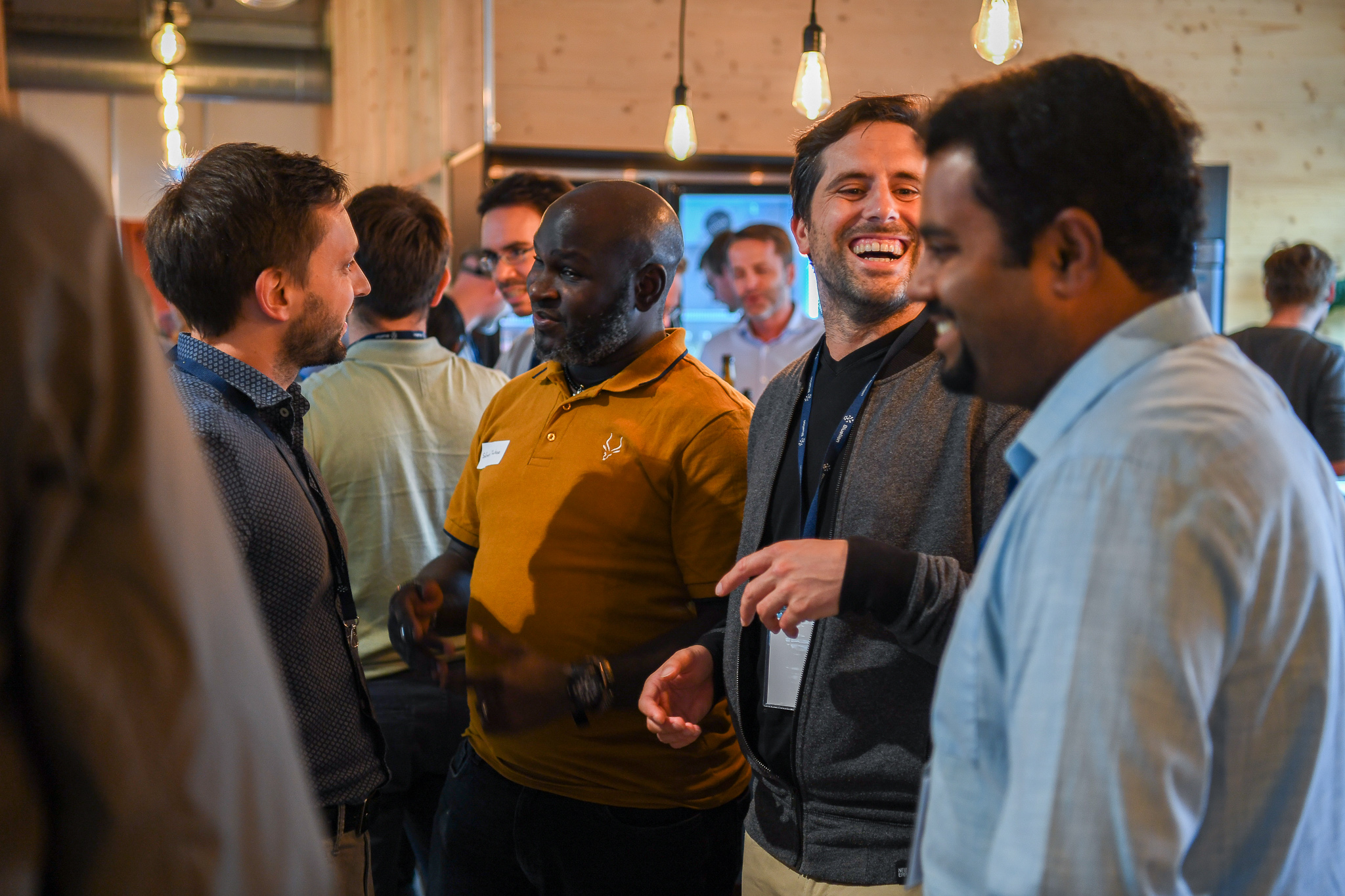 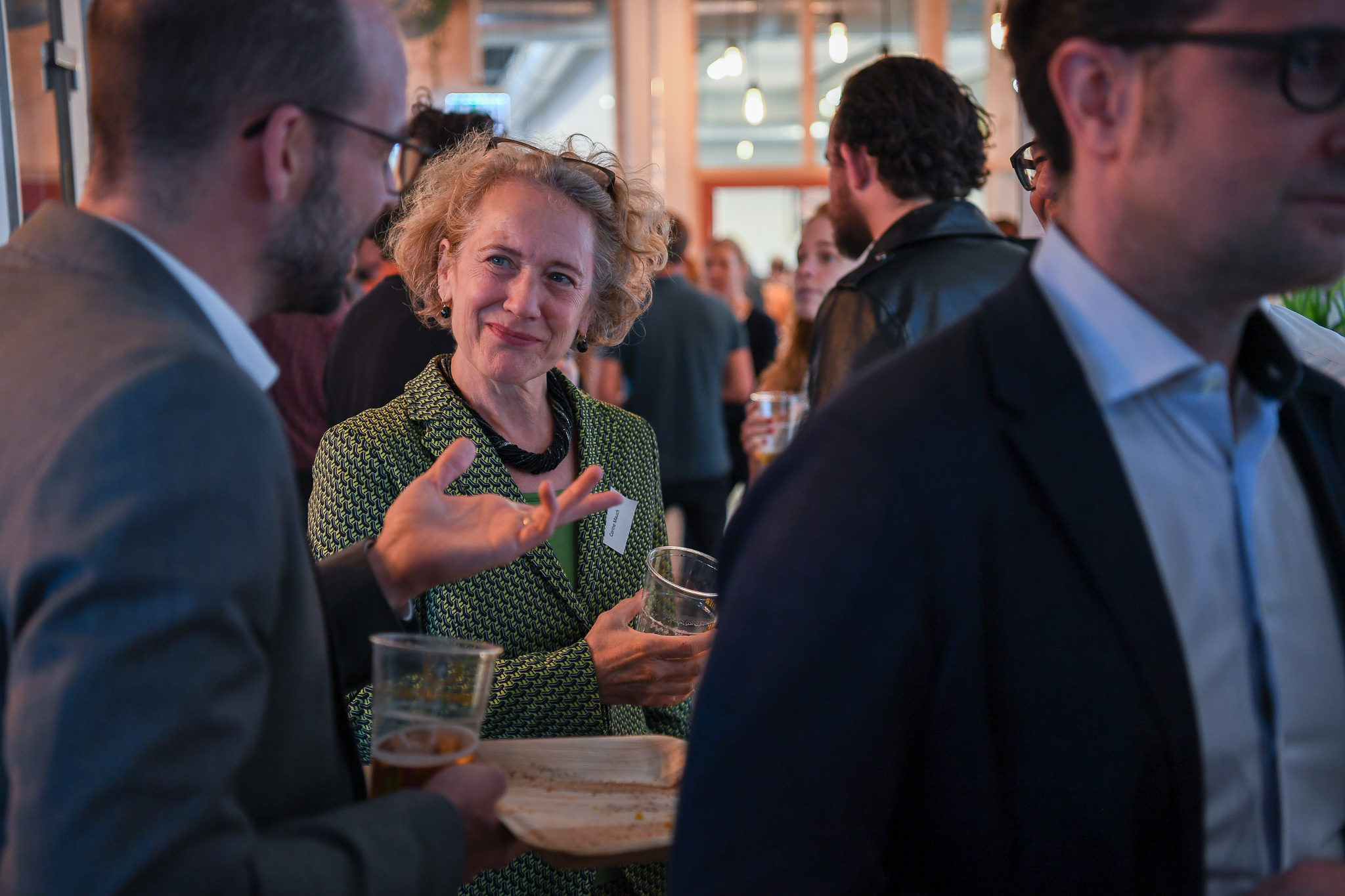 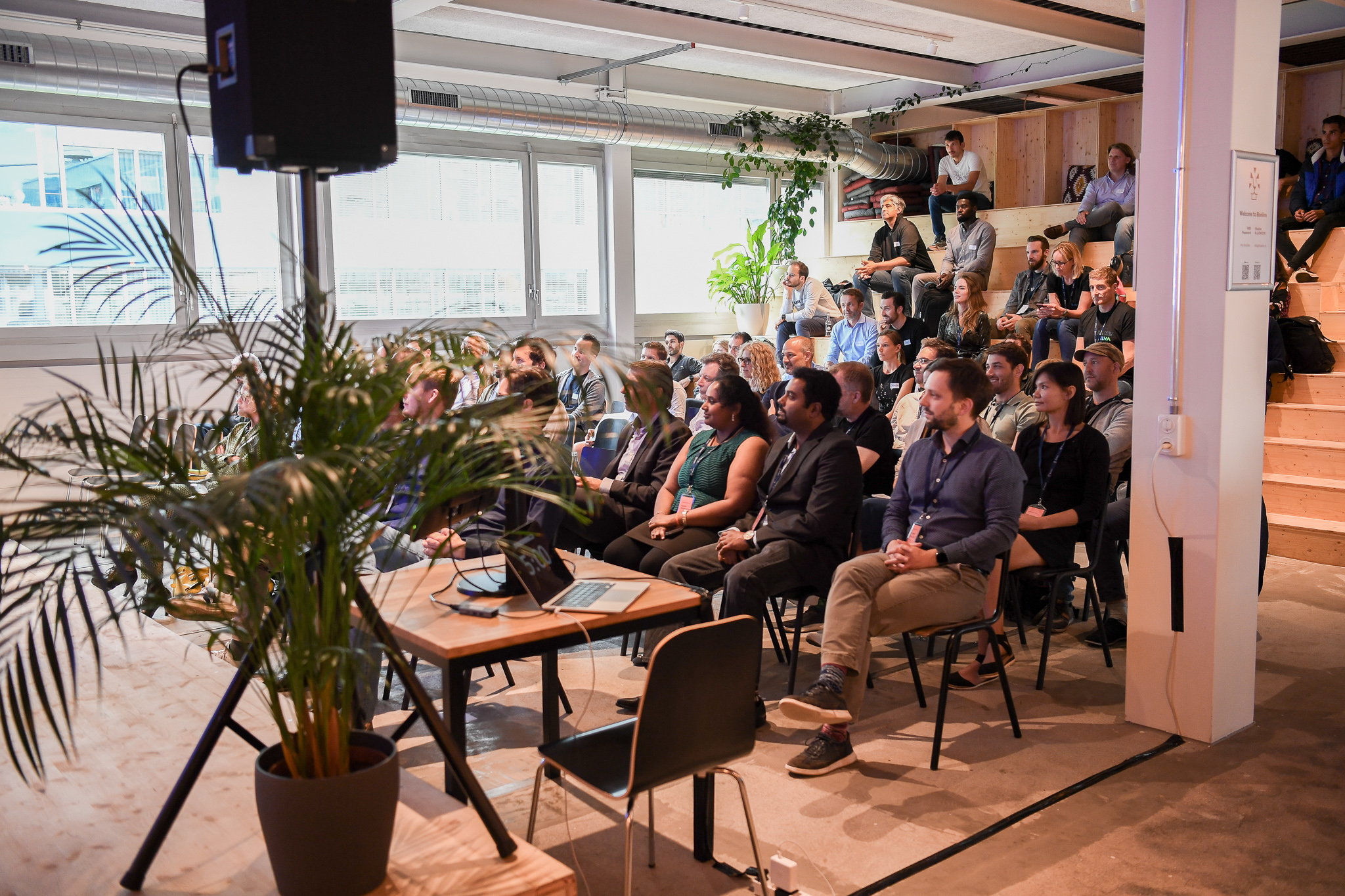